Al Bell is an 81 year old retired Peace Officer. He has worked inside six prisons, two probation and parole offices, as a police officer and as an elder abuse investigator. He has begun writing a series of books called The Red Tail Lakes Saga about a village located at two high mountain lakes in north eastern Oregon. The village becomes so popular they have to incorporate. Tourism is their primary source of income so they call their law enforcement officer a "Constable" and give him and his deputy a used housekeeping golf cart as a patrol vehicle. Suddenly there is an uptick in violent crime and Pete Cavanaugh, his deputy Marcella Greaves and the County Sheriff George "Silky" Stephens find themselves embroiled in shoot-outs, knife fights and all kinds of skullduggery. Al writes under the pen name, Shade Owen. He has two of the books in the can and the third and fourth sketched in. It's a heavy lift and he is 81 so it may be a while before you find out what happens at Red Tail Lakes.

Gregg Kleiner grew up playing in creeks outside various rural backwaters of Oregon. For summer vacations, his parents took their five children on extended backpacking trips, which instilled in him a love of the outdoors, wilderness, and mountains – especially the Wallowas. At age 16, he spent a year as an AFS exchange student in the mountains for northern Thailand, where he lived for a month at a Buddhist monastery under the tutelage of an aged monk. In the winter of 2003, he served as the Fishtrap Writer-In-Residence, living at the head of the lake with Lori Salus, and their two children, teaching at all three high schools and getting to know the wonderful residents of Wallowa County. He and Lori now call this County home. Kleiner is the author of the novel, Where River Turns to Sky, which was a finalist for the Paterson Fiction Prize and the Oregon Book Award, and was optioned for a feature film by Fox Searchlight. His first book for kids (and their grownups), Please Don't Paint Our Planet Pink!, asks what might happen if we could see CO2 in the atmosphere as pink? He has worked as a wildlife biologist, journalist, visiting professor, communications professional, dairy goat farmer, and is currently the project coordinator for the Joseph Branch Trail Consortium.

Madeline Lau is a 6th generation Oregonian from a small grass seed town in the Willamette Valley. She's been a creative dilettante as long as she can remember and recently realized she has profound ADD. She's a mom of 3 wild boys and partner to her extremely patient significant other. When she moved to Wallowa County she noticed her skill set was designed for 19th century dinner parties and she's been working to remedy that. She writes stuff, plays music, freaks out, and wanders around in the outside. 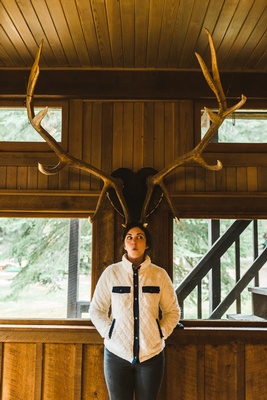 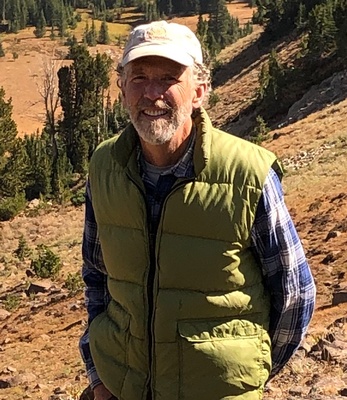 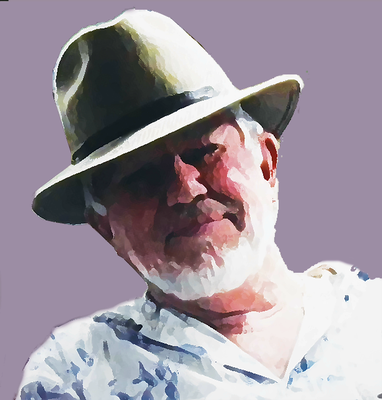